The second marriage, as the very term evinces, is marrying for the second time, after the termination of the first marriage by death or divorce. Formally, this is also known as Digamy or Deuterogamy. With ever-increasing cases of divorces in India and countries worldwide, the popularity of second marriages has also been on the wax. Therefore, our globally-renowned Guru Ji of India, astrologer Ankit Sharma has also been extending excellent astrology services (in addition to his superb services for other life's problems) to such people seeking second marriages and located in countries across the globe, for over two decades, with huge success and high praises. This well-experienced and expert marriage astrologer also offers marvelous services for making the married life of such people (both males and females) harmonious and stable.

How Successful are Second Marriages?

Fortunately, effective astrology services are now easily available to the world, from reliable and prestigious astrologers like our guru ji, to make the married lives of digamists optimally succulent and promising. Besides being highly efficacious and fast-acting, these services of our sophisticated guru ji are also well-adorned with the finest qualities mentioned above. 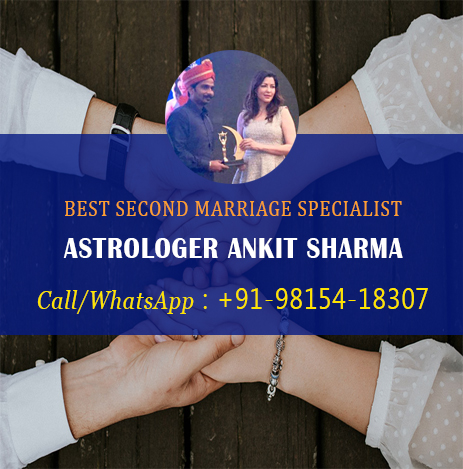 Commonly cited as being a highly competent and a best astrologer for second marriage problem solution in India and numerous other nations worldwide, our grand guru ji offers well-rounded support to digamous people (seeking second marriages) as well as to the married lives of these people. In this connection, the following are his most popular and highly sought-after services

Unfailing and safe astrological solution measures are suggested after comprehensive and close observation and analysis of all relevant facts and factors found in the given birth chart.

💖 Is there a Second Marriage in my Life?

Your birth chart will give the final and authentic decision. The statuses of the houses of 7th, 2nd, 9th, 11th, 8th, 4th, 3rd, and 12th will reveal the possibility and future of second marriage. Locations, strengths, and influences of planets like Mars, Saturn, Sun, Rahu & Ketu, and of course, Venus and Jupiter will also elucidate the situation.

💖 Can I do Second Marriage without Divorce?

No. You cannot commit a second marriage without obtaining the decree of divorce from your extant married partner, in most of the countries of the world, barring some Muslim-predominant countries in Asia and Africa. In India, second marriage without the death of the other married partner or divorce taken from him/her, is a serious offence, punishable under the Sections 494 and 495 of IPC, and also as per the Sections 17 and 11 of the Hindu Marriage Act, 1955.

💖 Who is the Best Astrologer for Second Marriage Problem Solution after Divorce?

For Astrology and Positive Vashikaran Services
Disclaimer*No guarantee is given for the best results to All. Results may vary from person to person, owing to some uncontrollable reasons.
I Shared My Knowledge To Help People
Clients Success Stories !
CONTACT ASTROLOGER ANKIT SHARMA 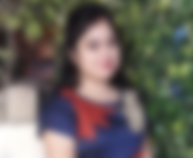 “Hereby, I (Meenu) express my sincerest thanks to great astrologer Ankit Sharma Ji, for solving my marriage problem, and thus, making my troubled and solitary life happy and wholesome! Guru ji, you had suggested me to wear a blue sapphire and a pearl, to expedite my marriage, some 3-5 months ago. Your solution has really been very successful, and now I am living with my husband congenially and happily. Thanking you and your organization again!” 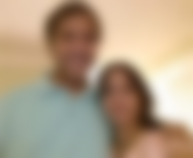 “Thank you very much Ankit Sharma Ji! We are very grateful for your expert assistance in facilitating our marriage. We had lost all hopes compelled by the continual problems specified, but you gave us faith and effective marriage problem solution, using which now we are finally getting married! We are lucky that we got to know about you, best astrologer in UK, and we highly recommend your services!” 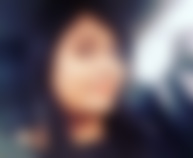 “I came to know about Ankit JI on internet and After consulting with AstrologerAnkit Sharma ji about my Love Life's Problem. He guides me very positive solution about my problem. I don't have words how much i am happy now! Once again Thanks a Ton Ankit Sharma Ji, you really share your knowledge to Help People.” 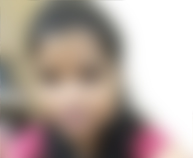 “Guru Ji Astrologer Ankit Sharma, you do deserve my deepest thanks! Your expert help has changed my life from a sore and gloomy one to a happy and bright one. Now, my love partner (Amit) has really become very accommodating and compatible with me, and cherishes to live a harmonious and succulent life with me. This miracle is nothing but a shining testament to your great capabilities!” 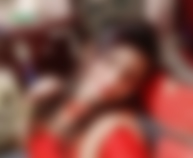 “I must thank astrologer Ankit Sharma for making my married life peaceful, harmonious, and quite progressive! After few years of my marriage, my husband had begun to react rather rudely, in response to my domestic or prudent questions and opinions. My familial life was started becoming uncomfortable, distressing, and gloomy, due to wrong and reckless behavior of my husband. Then, I knew about and met guru ji astrologer Ankit Sharma, to seek any effective and sure solution for my married life problem. After knowing all about my birth (date, time, and place) and the problem encountered, guru ji gave me a curative gemstone and suggested to make donations on Saturdays. After few months later, calmness and harmony started cropping up at home.” 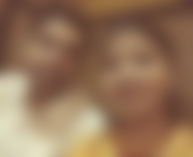 “Expert astrologer Ankit Sharma Ji deserves my deepest thanks, for having solved my family problem in a short duration of just few months.Around one and a half years after our marriage, likes and attitude of my husband had begun to change, and go against those of mine. My in-laws too were supporting my husband. They all were just trying to suppress me to bring me under them, listening and obeying only them, despite they were in the wrong in many ways. When I met Sharma Ji, he pacified me assuring that he would surely solve my family problems. He demanded the birth chart of me (Sangeeta), looked into my palms, and asked some questions related with my problems. After observing and analyzing all things, he suggested a gemstone (Hessonite Garnet) along with chanting regularly a mantra. Just 10-15 days after, my familial situation started changing to a comfortable and harmonious one. Today, I am quite happy with my husband and in-laws, and their understanding with me is ever-improving!!” 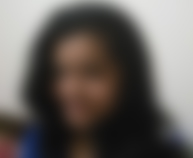 “After examining and analyzing my natal chart, pandit ji astrologer Ankit Sharma had told that the most promising career for me would be as a teacher. At that time, I was very interested in the field of information technology. He had also said that he would give me some astrology-based measures to brighten and propel my career as a teacher. After my consent, pandit sharma ji had given me a yellow sapphire, along with a suggestion to make donations on Saturdays. I did follow his advice, and today, I am a prestigious and happy lecturer in a private college in Delhi. Lots of thanks to great astrologer Ankit Sharma! I will remain grateful to him always!!” 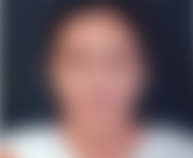 “Yes, I have achieved my lost love back!, with adroit and admirable support of grand astrologer Ankit Sharma. Guru Ji, I heartily praise your high capabilities and kind behavior; nothing is difficult for you to solve!! Thanking you and always!!! Anybody who ever wants to lead a happy life, pls must contact astrologer Ankit Sharma Ji ASAP!” 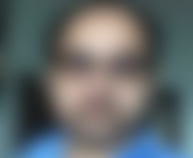 “ Revered Guru Ji, I am Ajay from Baroda (Gujarat), the depressed garment merchant who had consulted you last year! Guru Ji, today I am very happy with a peaceful and sharp mind and a booming business of readymade garments! Your astrology-based solution has really made wonder!! The good and favorable results had become conspicuous just about 2-3 months after wearing the two gemstones (Blue Sapphire and Emerald) which you had suggested. I thank you sincerely once again, and always!!” 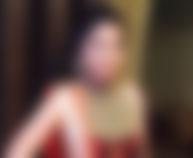 “ Guruji has truly transformed my life through his blessings on me..i was facing severe depression as I broke up with my love who meant life to me. We were together from last 6 years, then due to my silly mistakes I almost lost him. There was no scope of getting everything sorted but then I contacted sophisticated astrologer ANKIT SHARMA and everything came on track...anyone who is facing problems, please contact him and get rid of your problems. The best thing about him is he never gives up and fulfils his commitments. I'm feeling blessed and lucky to be in contact with him. He is like a family member to me now.” 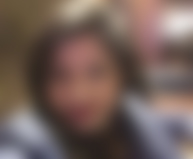 “ Biggest Thanks to this Incredibly Revolutionary man !!!!!
Yes, he is a Marvelous. I was going through the most depressing phase in my love relationship, my guy stopped talking to me and started drifting away for no reasons, this was killing me everyday, i went for lot of remedies for 1 month, wasted lot of money but nothing turned him even an inch towards me. Still remember that 7th Feb when i first spoke to Ankit ji. He promised me that right in 10 days I would say thanks to him (astrologer Ankit Sharma Ji) for pulling me out of deep depression. Trust me, it actually happened, i met my guy on 15 th Feb, we decided to re-start our relationship, my depression was 95% over mainly because of counselling and remedies from ankit ji. He understands every individual soo beautifully and correctly that we don't do ourselves. He gives both mental and amazing astrological treatment. He is a savior for me, an angelic friend, my guide for life, my healer and my mirror i can talk to about any problem of my life, the power he invokes in us is beyond all the remedies we do. He talks confidently and knows seriously what he talks as he fulfills all his commitments.

I'm slowly building better relationship with my guy. Ankit ji always says one thing that we have to win no matter what, and the best about him is he never suggested me any unethical way to solve my problem. Today i feel i have a protective shield for life in the form of ankit ji.

Please please please, anybody who ever wants to lead a happy life, pls do contact this miraculous man! I can't explain what changes i m seeing with every passing day in my love relationship. It's unexplainable, so thanks to my Almighty for all the help and for sending an angel like Ankit ji in my life.

Thank you Ankit ji for brightening up lives of millions of people. Fortunate are those who are able to reach you and receive your solutions.” 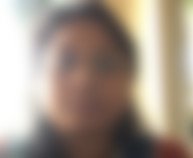 “Thank You Pandit Ji, Very Much! I feel confident and hope that everything with me will be fine from now onwards. You are no less than an angel to me. I, once more, must say that after receiving your service, my relationship with my partner, has improved substantially, and I hope that, we are prospering towards complete harmony. Thanks for everything. Every word seems little in front of your great capabilities and benevolence. Thanking you again, and always!!”