Pt. Ankit Sharma World Famous AstrologerAstrology Case StudiesI gave you my world, Only you I deserve 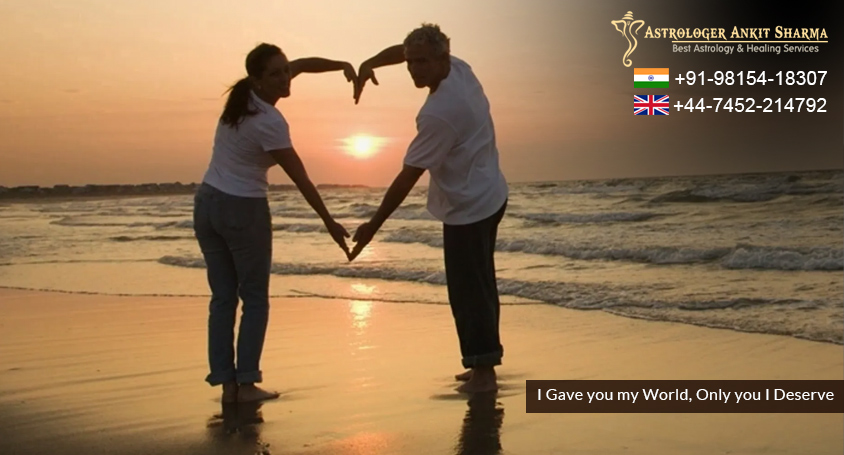 Anshu and Rohit had been family friends from childhood. They were very close friends and shared everything with one another. They spent their free time together and went for movies, comedy shows, parties, and every place together. As they grew up together, their friendship changed into love for one another. Hence, when Rohit proposed her for relationship, she could not say no to him. They truly cared for each other and would do numerous gestures to show their love to the other. But, Anshu's friends became jealous of their perfect love story, so they told lies about him to her. She became influenced and started doubting his love as an act. It became so prominent in her head that she fought with him over this. When Rohit realized the reason for the fight, he was disappointed and hurt. So he stopping talking to her and blocked her everywhere. Anshu realized her mistake, but it was too late. She cried for days and begged him to come back, but he did not listen.

Then her cousin sister suggested her to contact love problem specialist, Pt. Ankit Sharma Ji for her love problems solution. She immediately called him and told him everything. Guruji understood the problem and gave her a mantra. Using it, within few days, Rohit came back in her life and she swore to never doubt him again. Like her, you can also get back lost love forever with the assistance of the solutions of guruji.